Home / Other / Architectural Voices of India

Ar. Apurva Bose Dutta’s first book as an author, “Architectural Voices of India is a blend of Contemporary and Traditional Ethos”. Published by Cambridge Scholars Publishing, UK, and launched in September this year, the book features the journeys of 19 iconic architects of India.

“During the course of my interactions, I realized that architects and designers, being in a creative field in which imagination has no boundaries, reveal so much of diversity, in their philosophies, theories, specializations, building genres, visions and handling of core issues of architecture. However, irrespective of this great diversity, an underlying thread binds them together, and that is to build for a common cause, to design a built environment that fulfills its most basic expectation of offering a safe, functional and livable space to its users; and to not only be environment builders, but to assume roles of being society-builders, city-builders and nationbuilders. Their career paths are symbolic of the power of “belief” and help us understand the grit, determination and perseverance that one needs in architecture.” 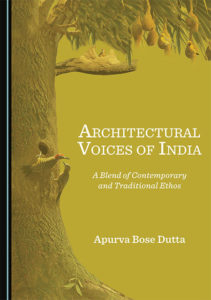 The book assimilates the thoughts and perspectives of a spectrum of architects belonging to different cities & age groups and with different design ideologies & specializations. The conversations on the state of the profession, the evolution of the architecture and building industry in India, their vision and the Indian architecture in the global context form the core of the book.

The book also features for each architect, a compilation of his/her projects images, important architectural drawings and sketches. This gives a fair idea of the kind of work the respective designer is engaged in and helps understand their design philosophy.

The design dialogue between the author and the eminent design personalities makes an interesting read for not only those that are part of the design fraternity but also for a layman to understand the nuances of architecture and the scenario of urban development across the country. The language is, fluid and easy to understand for the reader.

The book includes two additional sections in each chapter – penned by the featured architects themselves – which shed light on their personal spaces as well as on a path-breaking project of theirs. It seems the author’s intention is to bridge the gap between the architects and the people and creating a mutual understanding of the built environment.

The book talks about architecture being an integral part of building a nation, and has takeaways for all genres of readers, including those from the architecture and building industry, the students’ community, and the common man.

Architecture is indeed an integral part of everyone’s daily life and irrespective of the on-going discussion on whether architecture shapes the society or the society influences the architects, the idea of writing about the architects who unlike their western counterparts seldom write about themselves or their work is worth appreciating. 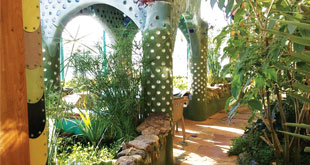 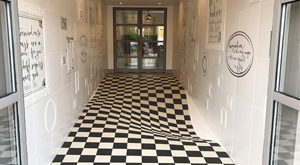