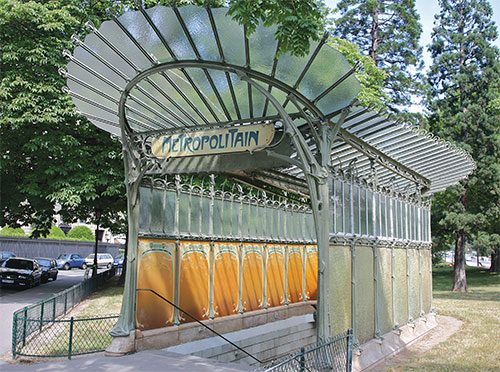 Conversely, its imbalance causes anxiety and even nausea because our balance mechanism is centered in our inner ear.

The Biophilia hypothesis was put forward by one of America’s greatest biologists, Edward O. Wilson. He postulated a human need to connect with living structures in the environment. He argued, this was neither a simple liking nor an aesthetic preference, but a physical requirement equivalent to our need for air, water, and food.

Fractals: A fractal encodes geometrical structure on many different linked levels. It has no preferred scale and any structure is scale-free. Fern leaves and cauliflowers are examples. Much of living organic tissue is fractal — for example, the nervous system, the circulatory system, and the lung’s system of branching air passages. We recognize and respond positively to fractal structures because our own bodies have these in common with other animals and plants. This similarity links us cognitively to structures that follow the same geometrical principles, such as landscapes, trees, bushes, and animals. On the other hand, we react poorly to structures that are not fractal – smooth or shiny objects or surroundings create alarm. This discomfort occurs because their minimalism contradicts the fractal structures and patterns we are used to experiencing in natural environments.

Curves: Curved forms are found everywhere in nature. They arise from the biological structure of animals and plants and from natural inanimate environments where matter is shaped by tectonic forces. Smooth curves are mathematically at odds with angled types of fractal such as are found in trees and in the weathered patterns of natural materials. We do not expect straight lines or right angles in nature. Since our neurological-response mechanisms are hard-wired, we obtain emotional pleasure from curves that possess a natural balance through symmetry. Curves in the environment that are gravitationally unbalanced, however, can be unsettling.

Detail: Our sense of touch requires that we be near a surface or structure so as to recover information from the most detailed levels of scale. We focus on the smallest detail, sharply defined natural structures and textures such as veins in stone (fossilized animals and plants), wooden grain, branches and leaves in trees, etc. We expect to find the same sort of complex structural detail in an artificial environment. We transfer to the built environment our inclination to grant importance to small details. We feel cut off from this mechanism when we experience architectural styles that largely lack detail or have detail that exists in randomly textured form, chaotic and intuitively indecipherable.

Water: The presence of water can be healing. Human beings love to see water, hear it and feel it. Perhaps the need to be close to water is a reassurance that we have enough water to drink, because without water we cannot survive. It could be a vestige of the streams and lakes in our ancestral environment. While not biophilia in the direct sense of attraction to living forms, the effect is included in this group by strength of parallel.

Life: Actual and intimate contact with living forms nourishes us. This is not among the features of a building per se, but serves to encourage the building user to interact with the natural environment. Enclosing a courtyard garden, surrounding a building with intimately interwoven trees and shrubs, or simply bringing a potted plant indoors, has nothing to do with a building’s structure or design itself — except that buildings that shut off fresh air and light inhibit the survival of plants.

The environment got ignored after the industrialized world adopted increasingly technological processes. Health care focused ever more narrowly on direct intervention via drugs, surgery, etc. A healing environment arises when human beings draw from the complexity of nature and conceive of themselves as in touch with their inner feelings and emotions.

People are increasingly demanding environments that lower stress like living and working spaces that act to keep us healthy. Architects can find design tools to help achieve this goal only by looking beyond mainstream architecture, which buys into the same overly technological worldview as conventional, intervention-focused medicine today. Also, much of what architects assert about biophilia in the helter-skelter race to win major commissions is either untrue or very poorly understood. Clients and the public are thus misled to expect some vague and mysterious vital force. biophilia is not mystical at all, but quite specific and verifiable by the usual scientific methods. 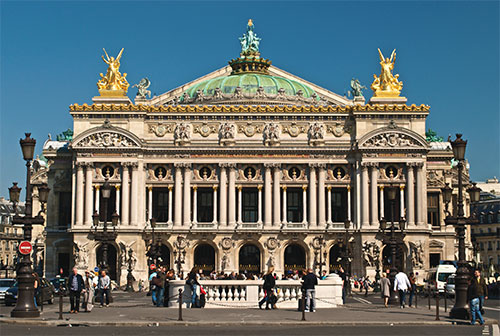 The biophilic qualities that make a building immediately attractive are perceived very differently at various distances. A building could be biophilic as seen from a distance but not from close up, or vice versa. Or the building could incorporate no biophilic elements itself yet, steal biophilic credit from its natural surroundings. Famous examples of the latter are the Glass House (1949), by Philip Johnson, and the Farnsworth House (1945-1951) by Ludwig Mies van der Rohe, two transparent houses set in the woods.

In other cases, buildings may be biophilic close up, such as extensive use of polished marble in the Stoclet Palace (1905-1911), in Brussels by Josef Hoffmann and the marble, travertine, and red onyx of the German Pavilion (1929) by Mies, at the International Exhibition in Barcelona. The large scale of those buildings are severely unnatural in their geometry. Both use pools of water to soften stark exteriors. Their architects evidently understood the factors contributing to biophilia, even as they sought to break their designs away from it.

Buildings throughout history and in all regions of the world employ the healing effect of biophilia. Sir Banister Fletcher’s A History of Architecture (1996) shows example of how every building up until the 20th Century partakes of biophilia’s healing effect, although that may not be the only explanation for their success.

Beginning in the 20th Century, architecture abandons biophilia or uses it selectively, and even in those cases, not always successfully.

Nevertheless, some buildings from the early 20th Century onward employ organic forms in a biophilic manner and explicitly biophilic elements have been used in recent decades.

Late 19th and early 20th centuries: For sheer exuberance, buildings of Louis Sullivan are unparalleled in their combined use of fractals and curves. One of my favorites is Chicago’s Carson, Pirie, Scott and Company Building, erected in 1899, with its florid entrance. Equally fractal but even more curved are the Art Nouveau buildings from the same period, mainly in Europe which include masterpieces by Victor Horta in Belgium, including his 1898 atelier, later Musée Horta, in Brussels, and Hector Guimard in France (entrances to the Paris Metro, built from 1900 to 1912).

These latter three architects applied new building techniques that employed industrial materials toward the end of the same 19th Century whose beginning ushered in the era of industrialization. This was not hand-made Medieval or Renaissance construction (which might be dismissed today as impractical) but early 20th Century industrial manufacturing using terra-cotta panels, cast iron, and glass panels. (So “industrial” does not necessarily mean exposed steel beams, glass curtain walls, and Brutalist concrete!)

Grand and opulent 17th, 18th, and 19th Centuries: The formal architecture relied on curvature and ornamentation to trigger the healing effect. A fine example is the Paris Opera House (1861-1875) by Charles Garnier. Such buildings are harmonious despite the richness of their various contributing structures, colors, and details. Some buildings from this period overdo it, perhaps, with visual and structural complexity whose incoherence is without parallel in the perfectly organized complexity of nature. We react to those examples with a feeling of being overstuffed.

Every form, space, structure, surface and detail that adds to the amount of organized information in the built environment helps connect users with buildings in a healing manner. Certain precise mathematical properties of the environment produces a healing effect. To some extent, we already know the rules of biophilia.

Ornament often mimics nature directly. Organic forms copied from plant life define a broad category of ornament seen throughout history and across cultures. Other types of ornament bear no direct resemblance to natural forms but rely instead on more abstract geometries. Here the healing effect comes not by direct biological imitation but by triggering biology’s positive emotional responses through symmetry, contrast, detail and color.

Using Alexander’s “Fifteen Fundamental Properties” as a starting point, I offer eight cognitive rules to judge whether a form — a building, a part of a building, inside/outside or its neighborhood — is visually coherent and facilitates healing. These rules summarize the relationship between human cognition and our creation of ornament:

Even plain, ordinary buildings throughout history before the industrial age always used natural materials, and the healing/biophilic effect comes in part from that. For example, surfaces made of wood induce healing in stark contrast with surfaces made of aluminum, plastic or steel.

Designing for our own feelings 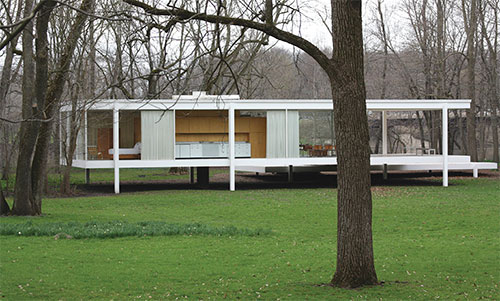 Notwithstanding humans’ hardwired desire for ornament, it is no longer incorporated as a matter of course into the built environment. Curricula in the leading areas of design education, professional organizations that represent architects, designers and planners and influential critics and journals that mold public opinion have imposed a virtual ban on ornament. According to John Michael Greer (in After Progress 2015), the phenomenon of biophobia amounts to a compulsion to employ in fabricating the built environment, a minimalist aesthetic of industrial materials as they can be shaped in any way or form.

Our lives are intimately linked to our surroundings in ways that we are not normally conscious of. Architecture that walls off the design process from natural human instinct has blinded us to that vital reality. Yet we can be re-sensitized, and even “reform” the built environment through our own direct experience, designing instead based on how humans move through and react to that environment.

Building methods evolved because, generation after generation, builders habitually and instinctively chose to use “best practices” identified by earlier practitioners as conducive to human well being at every scale of activity in life, from walking up a set of stairs to building a city. We can easily do this again. Adaptive design profits from mountains of accrued knowledge in architecture. A vast amount of building experience once enabled architects to intuit how people interact with the built environment. That knowledge is not written down, but is embedded in the geometries of space, surface, and detail just waiting to be deployed in ways that improve our well being.