These new applications are introducing different challenges for fire protection professionals that require a higher level of attention. New approaches are emerging for handling society’s energy supplies such as distributed energy resources and power isolation/shutdown requirements. These are causing a reevaluation of the relevant codes and standards.

These applications are manifesting themselves in all types of settings. For example, within the built infrastructure these include multiple types of occupancies (e.g., commercial, industrial, residential) and include non-building applications such as transportation, as well as combinations thereof, such as an electric vehicle connected to a charging station in a commercial parking structure.

Alternative energy is a relatively broad concept whose precise definition partly depends on the specific context in which it is used. This includes recognition of baseline energy sources from which “alternatives” are measured. The predominant use of fossil fuels for many applications provides the de facto baseline from which today’s alternatives are typically compared.

The various definitions of alternative energy in mainstream literature are often rooted in renewable energy sources. For example, the concept of alternative energy includes: “energy that is derived from sources that do not use up natural resources or harm the environment”,or “energy sources that have no undesired consequences” (such as fossil fuels or nuclear energy), are renewable, and considered to be ‘free’ energy sources. The sources of energy that are normally considered to be “alternative,”and which are the most commonly found among information sources addressing this topic, include the following: biopower, geothermal, hydropower, wind, and solar.

Sometimes specific alternatives are precisely defined in various public policy programs. This may contribute to the perceived confusion on the use of the term “alternative” when talking about alternative energy.

An example of the use of legislative requirements to define “alternative fuels” is the classification system used for motor vehicles that utilize gasoline or diesel fuel. This is set by the U.S. Environmental Protection Agency through the Clean Air Act Amendment of 1990 and Energy Policy Act of 1992, which recognize the following 10 classes of alternative fuels: (1) electricity; (2) hydrogen; (3) natural gas; (4) propane; (5) methanol; (6) ethanol; (7) reformulated gasoline; (8) clean diesel; (9) coal-derived liquids; and (10) biologicalmaterials. In this case, some of the alternatives are fossil-based fuels that are not recognized as renewable sources.

In today’s society, alternative energy sources are most often considered to include: biopower, geothermal, hydropower, wind, and solar.

Biopower is the derivation of energy from bio-products. This approach is not new, and historically includes the use of wood, peat, and other bio-materials. In modern society, biomass includes pulp and paper, municipal solid waste, landfill gas, corn-based ethanol, and similar fuels. The latest technological focus with biomass is on feedstock logistics, fuel sustainability, flue gas clean-up, and integration with other biomass applications such as integrated bio-refineries.

Geothermal is an alternative energy source that utilizes natural heat within the earth for power generation. This is typically accomplished through the use of injection and production wells set into and out of the earth as a closed circuit steam generation loop.

A typical geothermal power plant involves capturing steam (or other media) from beneath the surface of the earth and channeling it through turbines or other machinery for the generation of power, such as electricity. These plants would have hazards similar to conventional electrical power generating plants (e.g., lube oil system), but without the combustion process and its related hazards.

Hydropower is an alternative energy source with noteworthy historical roots. The great industrial mills of the industrial era, for example, were typically built on rivers and other natural waterways to capitalize on mechanical and electrical power generation. Today, hydro electricity is a direct contributor to the overall energy supply.

This is expanding beyond conventional applications of river ways, and involves tidal flows and other marine and hydrokinetic applications. Like geothermal, the fire protection challenges of hydropower tend to be less than that with other power generation facilities that require a combustion component as part of their power generation process.

Wind provides a clean and renewable power generation source that has been increasing in use through the proliferation of localized wind turbines. In their simplest form, these are electrical generators mounted on top of a tall structural support tower and equipped with large wind propellers. Larger wind turbines can exceed 2 MW per unit, and they are found both in separate installations and in groups within a wind farm facility.

The wind turbine unit itself presents the same fire protection challenges as an electrical generator in other installations, albeit at an elevated and less accessible location. Wind turbines do, however, present appreciable structural load considerations when installed on or near a building. Structural integrity is a serious consideration among other factors during building design or retrofit. These wind turbines are typically located on top of a tall structural tower and well removed from exposures if a serious fire occurs, though outdoor fires and similar exposure concerns are a possibility during a serious fire involving a wind turbine.

Solar power is an other technology that has proliferated in recent years, in part because of improved manufacturing methods that are making this approach realistically affordable and readily available. The three basic means of capturing the sun’s energy are: passive solar (i.e., capturing the sun’s energy in building design and construction); solar thermal (i.e., sunlight converted to heat); and photovoltaic (sunlight converted to electricity).

Of particular interest from a fire protection engineering perspective are solar thermal and photovoltaic systems. Solar thermal systems involve the heating of fluids in a circulating loop system, and they can add appreciable weight load to a structure. They can also introduce possible hazards to emergency responders such as roof top tripping and scalds from hot liquids.

On the other hand, photovoltaic systems that convert sunlight into electrical energy present certain inherent hazards beyond the concerns with solar thermal systems. A critical consideration for emergency responders and others is that photovoltaic panels are electrically “on” when exposed to sunshine and other light. Power isolation is a technical challenge during an emergency, and complete power shutdown is normally not an option when exposed to sunshine.6

For all types of solar systems, consideration needs to be given to maintaining full access by fire fighters on rooftops and on other sections of a building where firefighters operate during an emergency situation. Advancing solar technologies now include devices beyond traditional panels, such as photovoltaic fabrics and films that can be installed in any orientation (e.g., on a vertical surface) and that can introduce questions concerning flame spread. New products also include building components such as photovoltaic roofing shingles and tiles, which present hazards to firefighters and others that are not readily obvious. 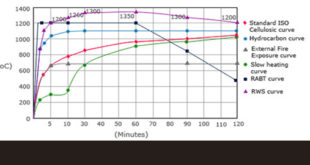 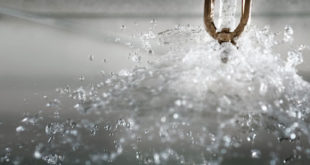