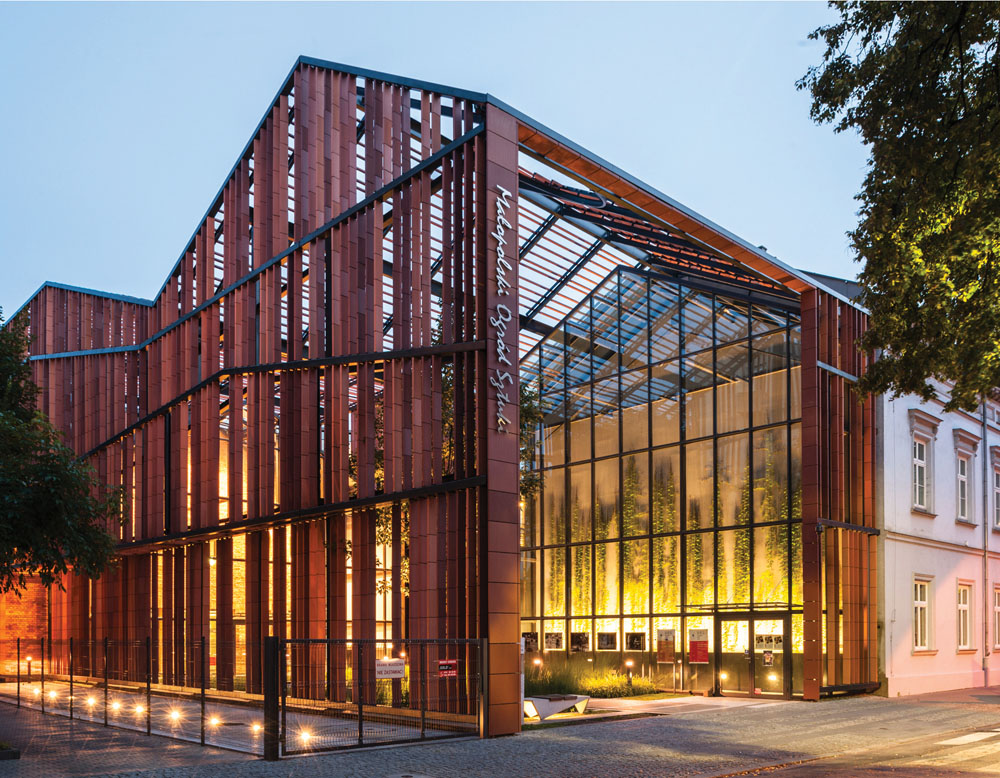 With the help of structural remnants of a former horse-riding arena, the Małopolska Garden of Arts (MGA) in Kraków, Poland merges a theatre and a library, bringing a contemporary aura to the city’s historic center. The form of the building designed by Polish studio Ingarden & Ewy Architects is a contextual game between “mimesis and the abstraction”.

The design approach is based on two contrary principles of interpretation of its neighbourhood. On one hand, it respects the morphological continuity and the comparable scale of neighbouring structures. On the other hand, the design abstracts from the context and interprets it. The historical forms and materials have been processed and the façade has a ceramic facing to create a relation between the traditional and the modern language of architecture.

MGA is a cross between two institutions: the Juliusz Słowacki Theatre and the Malopolska Voivodeship Library. The modern art and media library houses multimedia books and music, while the section developed as the theatre is equipped with a multifunctional events hall. The new hall holds retractable stages for 300 people. Altogether, the space of about 4300sqm comprises a theatre together with a cinema with 98 seats, a café, and premises for educational and art-related activities. The library has a separate entrance fitted to the sidewalk, bordering an additional garden passageway to a side entrance of the theater. Its three floors include a modern art exhibit, multimedia sections and café. Additionally, the outdoor garden area can be used to extend the performance space.

The collaboration between architects Krzysztof Ingarden and Jacek Ewý represents their central idea of developing a method of circumstantial design to achieve a free and innovative form. It was to be autonomous so that it could be considered an individual form with a modern expression of its own but, at the same time not obscuring the character of the place and following the principles laid down in the Planning and Spatial Development Act. 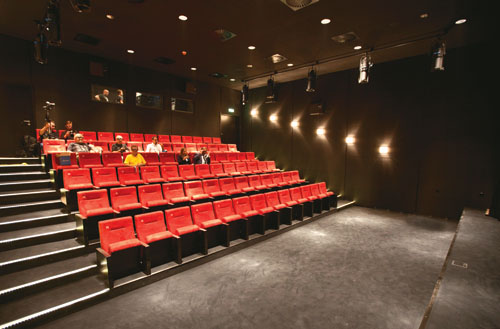 The new structure preserved the overall form of the former riding hall. As it was impossible to save the original walls, considering the poor condition of the building, construction was reinforced and rebuilt in the new technology of concrete. The roof was made of steel frame and the front wall of the hall was recreated using bricks from the dismantled structure itself. The characteristic of the old building material, particularly of the former hall – ceramic brick-was continued as well. The façade shapes like a continuous and open composition of bands of the glass with screening vertical system of elevation elements from ceramic moulds, in the range of colours of traditional burnt brick. The building’s slatted clay façade hangs on a glass frame, creating a T-shaped footprint which extends over the existing library and the new multifunctional theatre with a garden courtyard. The library is situated in the western, or vertical, wing of the T-shape, while the theatre stretches north to south, horizontally. 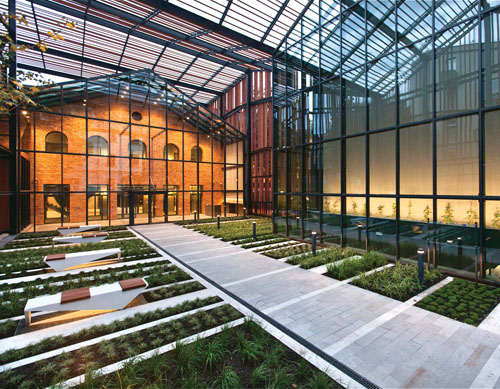 The clear glass and steel enclosure mimic the forms of the adjacent buildings while rendering their historic architecture visible. MGA is a feat of modernity that preserves history. It was recently awarded the Platinum A’ Design Award 2014. 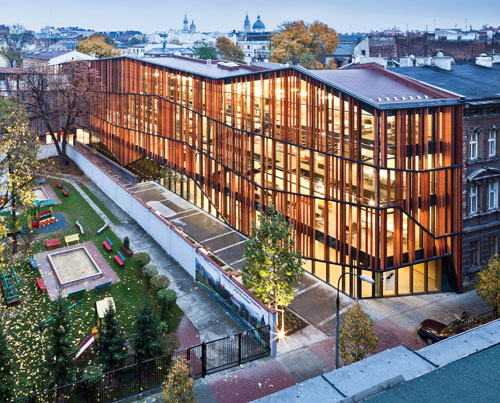 Refining the form, the architects focused on interaction with the future recipients. As a result, the entire spatial form of the openwork roofing raised over the garden though not functional, acts as a gateway to transport the stage out onto the street. Thus, the building delicately nudges passers-by with the skilful manipulation of the slatted form to go beyond the borders of the garden where culture is grown in evenly planted rows.

Further proof of the sophisticated play with the space is the garden itself consisting of alternating planting beds and benches. The layout signifies the designers’ sensitivity to the environment. For example, the opening in the perforated roof of the garden was formed, especially for the maple tree that grows there.

Previous Case Study:Roofing for a Passive Solar Home
Next A Vision for Architecture 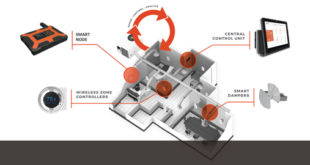 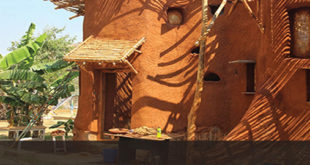 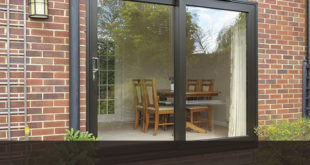