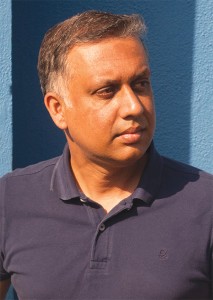 Kapil Surlakar, Director of Design at Light@ Work Design Consultants Pvt. Ltd based in Goa is a graduate of Goa College of Architecture. He was drawn to architecture due to its creative bent. According to him, the mixture of art and technology and the ability to integrate both with the acquired knowledge was a great motivator. “Designing spaces that influence human habitation, with a possibility to transcend into influencing the structure of towns, was a great draw.” He elaborates further on his design practice and comments on the current architectural scenario

The architecture in our country is as varied as its diversity. It is largely influenced by the class of people it caters to, with regional influences and acquired tastes, sometimes marred adaptations of design resolutions imported from cultures and thoughts devoid of context. A lot of professionals today are well travelled, well educated with knowledge in global trends and building practices. It is important that these individuals learn the subjects well and apply it contextually and sensitively to the socio economic and climatic conditions that exist in our country.

The global competition is good and should be a motivator. Having said that, it is also the time for the home industry to encourage Indian architects and designers and create value for the design industry by supporting the same. It is very demeaning and almost racist that our own countrymen refuse to acknowledge the value of some of the great designers in the country, at the same time bring in the so called international designers at huge premiums and then employ the local talents to rectify all their faults to make their designs contextually viable. 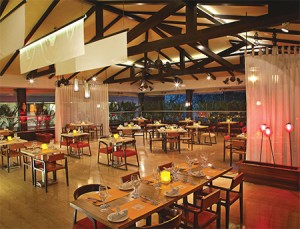 I strongly think these so called “local” architects are the real designers and should be promoted financially so as to help them upgrade their presentation skills and techniques, which by far currently set them apart from the international designers and in turn strengthen the Indian design industry and make it a global force. As far as education in the field of architectural lighting design goes, though it’s a fast trending subject, the subject is not offered by any institution in this country. It is my vision to set up a Masters course for the same, given the right financial and infrastructure backing from some of the premier institutes in India.

As a young architect, I noticed that well designed spaces were also well lit spaces. Lighting used subtlety or dramatically, contributed substantially to the concept of the space. All other elements of the space such as space planning, use of materials and finishes, technology were comprehensible. But the understanding of the application of light eluded and intrigued me. It was always a struggle to understand how a well lit space was achieved. With the engineering so well integrated into the architecture that it was unobtrusive and on the contrary complemented the design ambience and intent. The lighting language was even more strongly visible in the American, European and Japanese designs, which we referenced through magazines and later on the internet. In my quest for answers to my lack of knowledge on lighting, I came across the Masters program for architectural lighting design in Germany and decided to pursue it, to understand light so as to design better spaces.

The journey so far 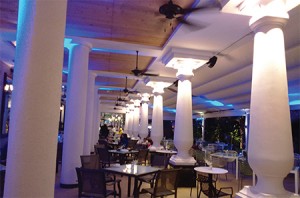 At the end of the third semester, the Master thesis jury pending, I set up an office in Mumbai with the help of a friend. It was a direct foray into a field which was barely understood by the design fraternity and the clients at large. I was offering architectural lighting design services, emboldened by my experience and education in Germany and the fact that I saw a huge potential to add a new dimension of design in a fast developing country. My enthusiasm and vision was not shared by all. I had to explain to potential clients what I did. This segment was largely catered to by lighting vendors, who doubled up as advisors with their limited knowledge. Obviously, when compared to the vendors, I was the worst option as I demanded fees for something that was offered free to them – or at least so they thought.

Over time, the difference and the value of our service was established. Educating the end user and the architectural design fraternity was the key. I had to deal with designer egos, which did not always accept that there existed an aspect of design, not adequately understood or comprehended by them. Though, their resistance to accept advice from someone who does, created impediments in the progress, the fact that I am also an architect often helped to break the ice. The design journey has been fulfilling with some frustrations overcome and a lot of victories. One major challenge has been to remain uninfluenced by the commercial powers, very strongly influencing the trajectory and stay true to the profession.