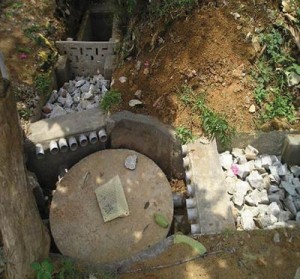 With Bangalore water supply and sewerage board (BWSSB) failing to ‘cope up’ with the water demand of the growing city, lakhs of bore wells and tankers extracting water from the groundwater have led to over exploitation of the groundwater. However, there have been efforts from communities and individuals to sustainably manage the water within their fence. This is one such story of a private gated community in Bangalore

Situated in the south east of the city, the Rainbow Drive (RBD) is a private gated residential layout with an area of 34-acre and total of about 360 housing plots. As of now, 260 plots are occupied. The layout gets absolutely no formal water supply from BWSSB and is completely dependent on its bore wells as a water source. The site developer had provided initial infrastructure including: 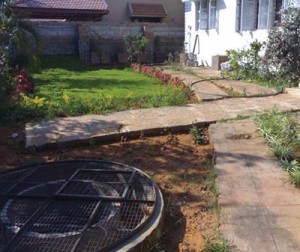 The plot owners’ association (POA) that took over the ownership in 2004 manages the water supply and sanitation. During the same time, urbanization started to happen in the neighborhood, making the POA realize the intensity of water problems in the near future.

The members observed that a lot of reinvestment as well as measures were needed to build the new water and sanitation infrastructure and upgrade the existing one. Therefore, they did a complete research of the water issues in the layout, collected data about consumption, demand, quantum of waste water generated daily, issues of water quality, etc. to get an understanding of the problems. POA initiated some interventions like creating a tariff policy, banning of bore well water use for construction and forbidding digging individual bore wells.

The result of this study was:

The plot owners’ association of the Rainbow Drive engaged with Biome Environmental Solutions Pvt. Ltd. to develop rainwater harvesting strategies. Subsequently, with the support of Arghyam Foundation, they engaged in a monitoring exercise in the layout over approximately a year to understand the issues in more detail and evolve relevant solutions.

Sewage treatment plant was not adequate and the output water quality was not good enough.

During heavy rains upstream storm waters entered into the layout and caused significant flash flooding at the low end of the layout. This got mixed with the stagnating sewage and caused a lot of problems.

From the study, it was evident that 40% of the layout consumed more than the layout average. Two scenarios were looked at to address this. To keep the demand same @246 LPCD or reducing the demand to 150 LPCD. This required investing in rainwater harvesting (RWH) and recharge and gardening making use of treated wastewater. Also, a water balance analysis was done considering the future full occupancy.

The analysis showed that reducing the demand @150 LPCD with all other water conservation measures was most beneficial. The analysis also showed that if effectively implemented, the net recharge would be more than the overall withdrawal. Hence, it was made mandatory for individual houses to practice rainwater harvesting as well as recharge. In addition, POA invested in groundwater recharge in the common areas. 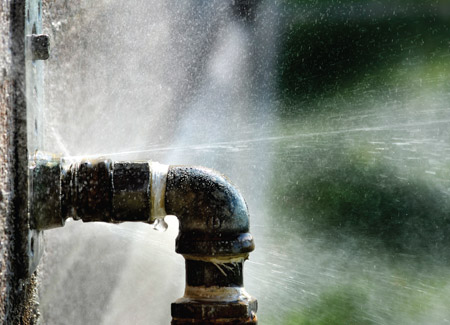 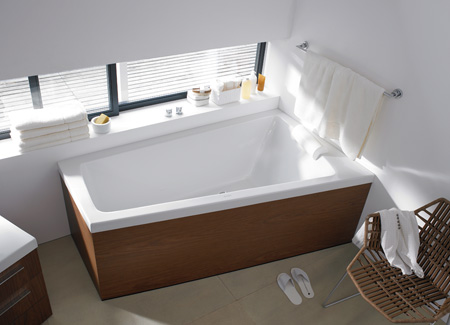 Sustainable products for the Bathroom