Before a construction project commences, it is important to know the type and properties of soils under a proposed structure, and to use this information in the planning and design phases of the project. Test data can then be used to ensure that the soil is able to support the proposed structure in the long-term and enable the creation of reports to support planning permissions and licence applications. Furthermore, ongoing testing checks the development of the soil throughout the construction project to ensure quality and safety. In the following article Adeel Hassan, from test equipment manufacturer ELE International outlines the most important tests and provide an overview of the latest test methods.

Testing should include an assessment of the behaviour of soils under varying conditions of moisture, loading, stress, temperature etc., so that the design can accommodate both current and potential future conditions. The results of geotechnical tests enable design engineers to ensure that foundations are the appropriate type and depth, and that suitable construction materials and methods are employed. Inadequate or improper testing, or failure to implement the results of tests, can lead to costly failures which may also threaten safety and lives.

The correct sampling, description and preparation of soil and soil mixtures is necessary if subsequent tests are to be meaningful and provide representative results. The choice of sampling equipment will depend on the tests to be undertaken and the type of soil to be sampled. 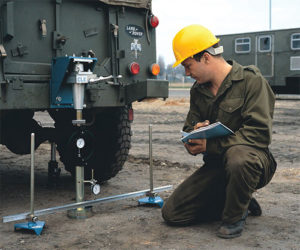 The measurement of moisture content is probably the single most important geotechnical test and has the advantage of being equally valid on disturbed and undisturbed samples. Moisture content can be assessed in the field, or in the laboratory, but opportunity for error exists where samples are not representative or when sampling and storage procedures do not preserve the moisture content prior to testing.

The portable Speedy Moisture Tester enables field testing, but the standard method is the Oven Drying Method, in which the moisture content is defined as the mass of water which can be removed from the soil, usually by heating at 105-110 DegC, expressed as a percentage of the dry mass of soil.

The plastic limit is defined as the lowest moisture content of a soil that will permit a sample to be rolled into threads of 3 mm diameter without the threads breaking.

Soil condition can be altered by changing the moisture content. The liquid limit is the empirically established moisture content at which a soil passes from the plastic to the liquid state. Two main types of test are used; the Casagrande type Cup (liquid limit device: motorised or handoperated) and the cone penetrometer method, which is now the definitive method specified in BS 1377.

When the water content of a finegrained soil is reduced below the plastic limit, shrinkage continues until the shrinkage limit is reached. Shrinkage can be significant in clays but less so in silts and sands. To assess these characteristics, test equipment is available to determine parameters such as shrinkage ratio, volumetric shrinkage and linear shrinkage.

Particle density or specific gravity is used to calculate porosity and voids ratio and is particularly important when compaction and consolidation properties are being investigated. Particle density depends on the composition of both, the mineral and the organic soil components and is defined as the ratio of the mass of the particles to the mass of the water they displace.

In the construction industry, soil failure can result in minor low cost issues such as cracking which may have only aesthetic consequences. However, history is littered with examples of failures that have resulted in disasters causing enormous financial cost and in some cases, loss of lives. Most soil tests are simple and inexpensive, and they can inform decision making and planning, so a small investment in testing can protect safety and avoid the enormous costs of failure.

The Sand Equivalent Apparatus is available as a complete kit for performing a rapid test to show the relative proportions of clay-like or plastic fines and dusts in granular soils and fine aggregates.

The physical characteristics of soils can be improved by compaction. Also, many civil engineering projects use soils as fill material, with soil normally being compacted to a dense state to decrease future settlement, increase shear strength and decrease permeability. Compaction can be undertaken by mechanical means such as rolling, ramming or vibrating, and testing enables the achievement of optimal compaction at an acceptable cost.

There are different standard laboratory compaction tests, depending on the nature of the project, the type of soil and the availability of equipment on site.

The California bearing ratio test (CBR) compares the load bearing capacity of a soil with that of crushed California limestone. The test was developed for testing soils used for building roads, however, it is also deployed in other construction projects. CBR is a penetration test of the mechanical strength of natural ground, subgrades and base courses, and can be performed in the field and in the laboratory on prepared samples.

Bearing capacity can also be determined in the field with a Plate Bearing Apparatus. The TRL (Transport Research Laboratory) Dynamic Cone Penetrometer (DCP) is used for rapid in-situ measurement of the structural properties of existing road pavement constructed with unbound materials, according to ASTM D6951/D6951M.

Compressible soils can be subject to long-term consolidation under the loads imposed by foundations and above ground structures. Also settlement may occur even if the applied pressure is within the safe bearing capacity of the soil, so it is important to understand this key soil property, particularly if the settlement characteristics beneath an individual structure vary.

The one-dimensional consolidation test is the most common, and sometimes referred to as the oedometer or incremental loading oedometer test. Radially constrained samples are loaded in a sequence starting with a stress close to the over burden pressure of the sample. The loading is then doubled for each stage; typically 4 or 5 times, with a final unloading sequence.

Alternatively , a Pneumatic Consolidation Apparatus utilizes a pneumatic load frame to apply loads instantaneously and to maintain a set load, regardless of sample compression.

The permeability, or hydraulic conductivity, of a soil depends on the physical and chemical properties of the soil, including particle size distribution, pore space, pore size and the continuity of the spaces. Soil permeability is measured in the laboratory on intact or reconstituted specimens using constant and falling head methods. Soils containing ≥10% particles passing a 75 μm sieve are tested using the falling head assembly. More granular soils, containing ≥90% particles retained on the 75 μm sieve, are tested using the constant head assembly. The cell is sealed at the top so that a vacuum can be used to saturate the specimen. Porous stones located at the top and bottom of the cell prevent sample flaking or washout. Permeability tests can also be conducted in the field. The Guelph Permeameter employs a constant head well technique to obtain accurate measurements of hydraulic conductivity, soil sorptivity and soil matrix flux potential.

There are two main stages to the testing process – consolidation and shearing. In the first stage stresses are applied to mimic those acting on the soil in the field due to the weight of overlying strata or structures. In the second stage an additional stress is applied to reach peak failure and beyond, under specific drainage conditions. The additional stress applied to the specimen should correspond to the field loading situation, including both, vertical and horizontal stresses. As a result, it will be possible to determine how much change in load the soil can sustain without failing and how much deformation will occur under normal conditions.

Triaxial soil tests are generally performed on cylindrical specimens by simulating field conditions as closely as possible. Typically, these tests are designed to measure mechanical properties such as stress–strain relations, volume change or pore pressure behaviour, and shear strength of the soil.

The measurement of total stress and effective stress requires different methods and different equipment. Total stresses are normally measured in a triaxial cell where the sample is subject to a confining pressure. Effective stresses can be measured in a triaxial cell and include the measurement of back pressure, pore water pressure and volume change; all of which can be used to calculate the required engineering properties. Effective stress tests are usually referred to as consolidated drained (CD) or consolidated undrained (CU). Generally the CD test is applicable to sands, while both the CU and CD test can be used with clays.

The safety of geotechnical structures is dependent upon the strength of the soil; if the soil fails, the structure founded on it can collapse, with catastrophic consequences. The measurement of shear strength is therefore key to understanding soil stability. Shear failure occurs when the stresses between the particles are such that they slide over each other, resulting in slippage.

A digital direct/residual shear apparatus conducts shear tests in the laboratory on specimens 60 mm, 100 mm square or 2.5 inches in diameter. A microprocessor controlled drive system enables the operator to set up and run the test, providing speed control and consistency of testing. The first stage of the test in consolidation, after which the specimen is sheared at a constant speed, which is determined by the consolidation stage. The measurement of horizontal and vertical displacement can be measured with dial gauges or displacement transducers, and as with other soil tests it is also possible to employ an Automatic Data Acquisition system with a PC running software, such as ELE’s DataSystem DS 7.3.

Shear strength can also be measured in the field with an inspection vane kit for testing at the soil surface or in a test pit.

ELE develops dedicated software for soils testing to BS, ASTM and AASTHO standards in geotechnical laboratories. The latest version (DS 7.3) contains a range of advanced features including compatibility with Microsoft Windows 10, Office 2016 and 365. 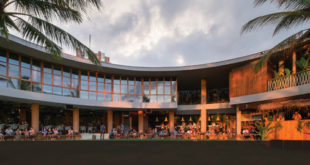